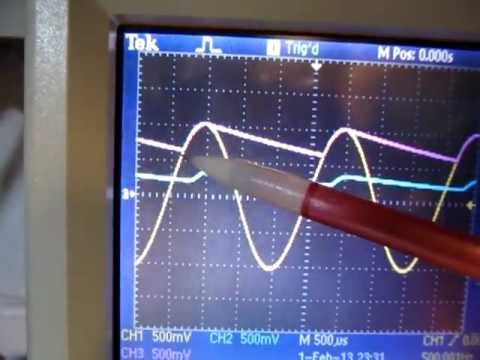 See LEAP#120 Simple Peak Detector for an example of the simplest diode-RC based peak detector.

This project adds an OpAmp (LM741) to eliminate the diode-forward voltage issue. The 741 is not the best choice for this since I’m running it with a single supply, but as long as the input signal is above ~VCC/2 it works well enough to demonstrate the improvement over the basic diode-RC detector.

As with the basic circuit, the RC pair is responsible for holding the peak for a period governed by the RC time constant (𝛕).

Time to fully discharge is approximately 5𝛕, or in this case, about 5 seconds. Appropriate values for the RC network depend on the signal frequency being sampled (higher frequencies will be better served by a shorter time constant).

Feedback from the output node to the inverting OpAmp input will force the OpAmp to eliminate the diode voltage drop in the output (as best it can).