A simple Morse code practice generator that prints the character and sounds the dit-dahs to a speaker. Based on a project by Glen Popiel KW5GP. 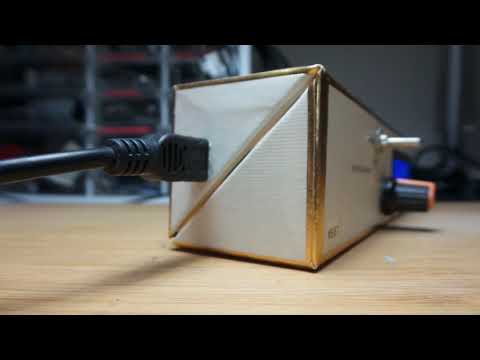 Glen Popiel’s Arduino for Ham Radio is a great little collection of ham radio-adjacent projects that not only provides some good project inspiration but also presents them in a way that is easy to follow no matter one’s level of Arduino experience.

This project is an adaptation/enhancement of a simple Morse code practice generator:

I’ve extended and revised the code to add some new features:

A SPDT Centre Off switch is used as a tri-state toggle for the character select:

First testing the circuit on a breadboard:

Putting it in a Box

For a final build, I switched the Uno for an Arduino Nano and mounted it all in a suitably sized chocolate box.