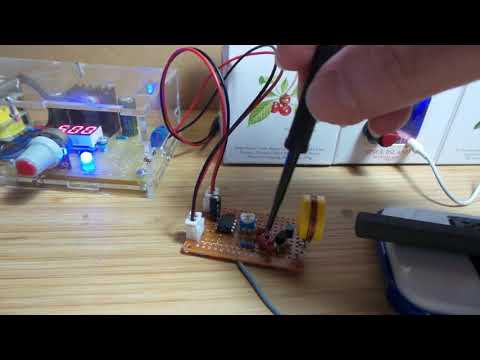 I’ve actually had “build a simple FM receiver” in my WIP bucket for years (literally). I could never get a decent enough result to call the project “done”, so it always went back on the shelf for another look, another day..

Well, I had another shot at it today and finally (with the help of an LCR45 and inspiration from Lechoslowianin ) I’m finally able to get this show on the road!

The most basic version of a simple direct conversion FM radio is covered in 3.15.1 of Mikroelektronika’s excellent online book “Radio Receivers, from crystal set to stereo”.

Many variations of this ciruit are available around the web, often with the addition of an LM386 amplifier stage, such as this design on electronicsforu.

There are a number of YouTube videos of builds, demonstrating a wide degree of success.

One of the first I found that demonstrated decent results was “How to make FM Radio receiver at home” by RJ Imagination: 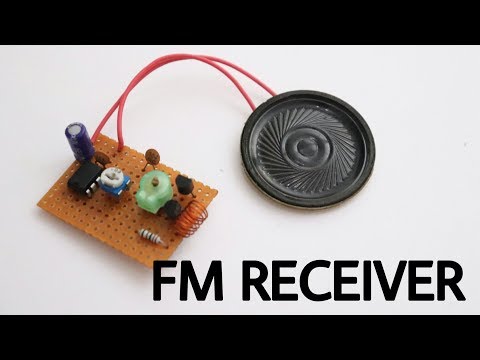 Great Scott built a version but didn’t get great results: 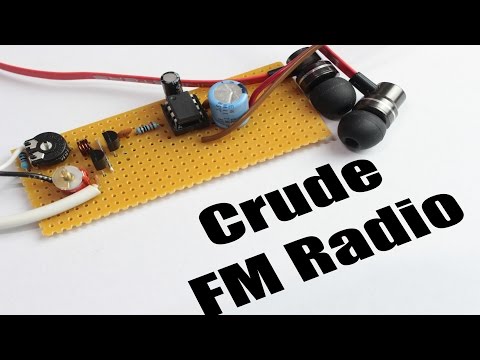 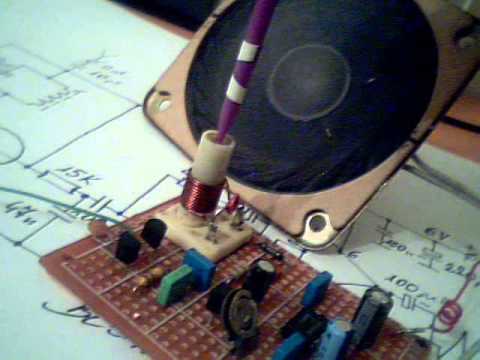 The basic design I’m using here is from Mikroelektronika’s 3.15.2 The Simplest FM Receiver with Audio Amplifier.

My first builds following the schematic exactly were spectacularly unsuccessful:

After much experimentation, the lessons learned..

If there is no signal at all, the operating voltage may be swamping the tank circuit:

If the signal is weak and there is no selectivity:

I finally started to get good results with a 4 turn, 17mm diameter coil of 0.4mm enamelled wire. According to my LCR meter, this measures at around 0.55µH - much higher than the ~0.1µH I was getting with the coil I wound according to original instructions.

Given the variable capacitor I’m using ranges from about 5pF to 22pF, that theoretically gives me a tuning range of 45.8 MHz to 96.0 MHz (that’s a bit on the low side for the braodcast FM range, but I’ll have a shot at shifting the range later).

That corresponds to the performance I’m seeing - able to pick up all stations up to around 97.4 MHz very clearly.

Even though I have relatively strong FM broadcast signals in my area, I found an antenna indispensible. I added 60cm of random wire, with a 10pF coupling capacitor.

The final circuit I used is as follows:

Although I didn’t build on a breadboard, this is what it could look like (stray capacitance may make this difficult):

The layout I used for the protoboard build:

Under test.. the variable capacitor is good for rough adjustment but for fine control it is much easier to adjust the inductor with a bit of ferrite core.