Playing with a simple FM frequency conversion circuit, and demonstrating how it can be used for external tuning. 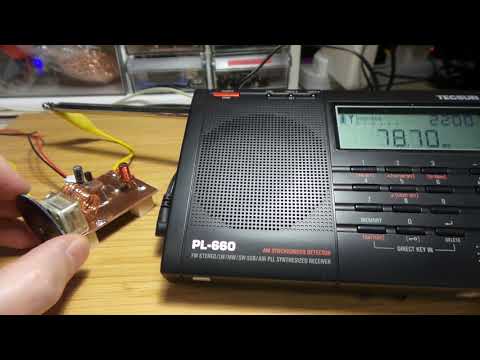 Frequency converter circuits are used to shift a signal band. A common application in the past was to shift VHF/UHF TV signals (say ~35.3 MHz) to the FM broadcast band so they could be received with a normal FM radio.

Although I’ve no practical use for this, it is interesting to investigate how it is achieved with so few components.

The idea and design for my build comes from Lechoslowianin’s video on Youtube: 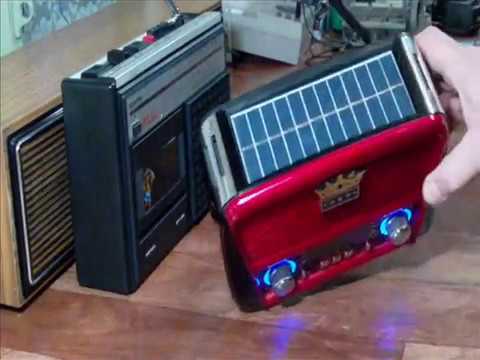 I’ve made a few modifications and component substitutions.

Performance? Not that great - very sensitive and prone to hum - but it basically works. Here’s my version of the circuit in EasyEDA:

How does it work? To be honest, I only have a sketchy appreciation so far. The tank circuit is pretty self-explanatory (FM tuner), but I think the magic occurs between the inductor tap and “peak detector” diode, producing the frequency-shift. I’d like to get a handle on the theory for how the band conversion calculations could be done, but a bit more research is required first.