Play a game of Concentration/Pairs with a stack of MIFARE Classic cards. 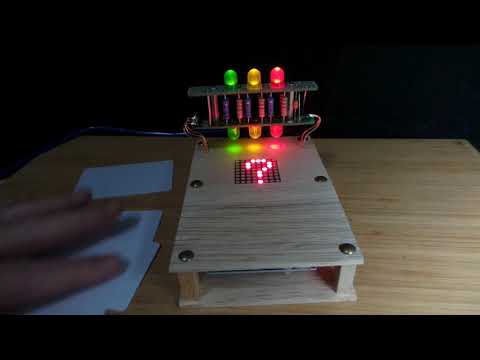 You may have played Concentration - the simple card game where the objective is to pickup as many matching pairs of cards as possible.

I have a stack of RFID cards that I got with a reader, so attempting a version of Concentration was the first and most obvious thing that popped into my head!

I decided to keep the interaction as simple as possible, and in particular avoid the need for a text display unit, so I designed the game-play around:

The Doxygen documentation for the code is available here.

The RFID cards need to be initialized before they can be used.

For simplicity, uses value blocks for a game ID and card ID.

Each card is given a sequential number starting from 1. Pairs are the adjacent cards i.e. 1+2, 3+4 etc. That’s not random, as it assumes the players will use the age old technique of shuffling the cards before starting the game.

Power: the MFRC522 is 3.3V device, and officially tolerant up to around 4V. So, running it with the 5V Uno is not strictly legit. Power is supplied correctly at 3.3V, but data lines will stray up to 5V. I haven’t included level shifters. But it does seem to work, as many have proven before, though I wouldn’t do it this way for anything requiring long term reliability.

Some decisions for the final build:

The Boldport Cordwood gets some copper wiring so it can stand proud:

Wiring and testing the modules before mounting:

I used some balsa wood with a clear varnish for the custom case. Mounting the modules:

The final build in action: