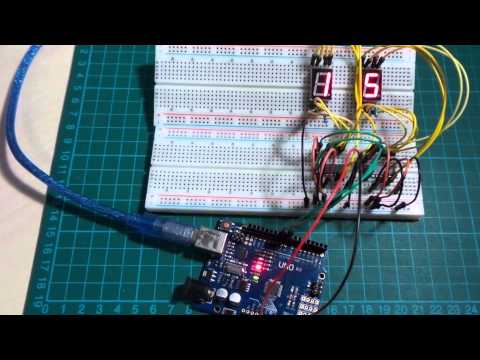 The CD4026Drive project explored the CD4026 as an easy way to drive a 7-segment display. This project simply extends the idea for driving multiple digits.

It just requires the carry-out from the first CD4026 to be chained as the clock input for the second. Here I’ve wired up two digits, but can be replicated for any number of digits.

A second GPIO pin is used to control the reset.

Note that in my breadboard build, I cheated on the current-limiting resistors: placing a single 220Ω on each LED digit cathode rather than a 220Ω on each segment anode as per the schematic. Using a single anode resistor works fine - the downside being that segment brightness will consequently vary to a degree depending on how many segments are on.