The Snow Flake is an Atmel SAM D ARM Cortex-M0-controlled LED ornament produced by @LuckResistor and shared with the Boldport Club community as a special project. 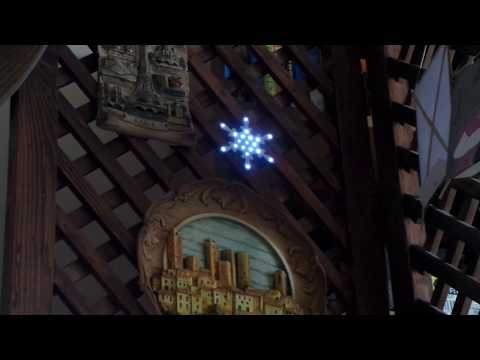 When @LuckResistor announced the Snow Flake to the Boldport Club community, I knew I had to join in! It was fascinating watching the design evolve and the production process get underway. And then one day my batch of 5 snow flake kits arrived!

I’ve just completed building the first, and it went without a hitch. Once I have built some more I will be able to experiment with co-ordinated operation, but even a single snowflake makes an impressive display.

The Snow Flake is a custom 2-sided board with SMD components. The heart of the board is an Atmel SAM D ARM Cortex M0, which drives an array of 19 white LEDs.

The kit came with a bonus small white board that is an optional small power converter. It can be used to build a simple power adapter to convert USB 5V down to 3.3V for the snow flakes. I haven’t used this yet.

There’s a BOM for the Snow Flake Power Converter on octopart.

I followed the basic build procedure recommended by @LuckResistor:

I picked up some construction hints along the way: 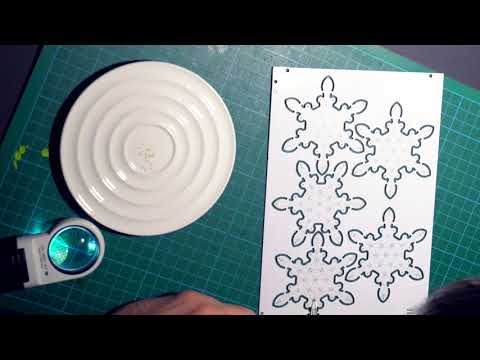 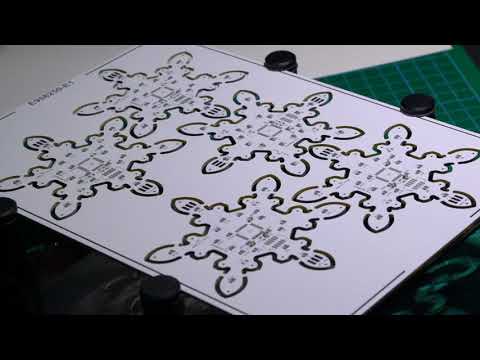 I don’t have a stencil but I decided to try hand-applied paste and hot air. This is fiddly, but worked fine.

The LED side is most challenging, as those suckers are mighty small!

Component-side was more straight-forward, but it was important to test all component connections ( I had a few that were open after the first pass with hot-air).

My final 4 Snow Flake’s coming off the line:

An SWD programmer is required to program the micro controller. Options inclde:

I have both a Black Magic Probe and STlinkV2 on hand, but only had the correct cable for the BMP, so I went with that.

I haven’t compiled the sources from scratch yet. My first tests were with the binaries from threebytesfull. Note: @luckyresistor subsequently added FirmwareBinaries to the GitHub project.

The snow flakes have to be programmed individually using a SWD programmer. Perhaps someone will take up @luckyresistor’s challenge to write a boot loader to automatically write the firmware from the first snow flake over the data connection to all other snow flakes;-)

Flash with the Black Magic Probe

I knew the BMP should work fine, since threebytesfull had already documented the same.

With the ARM gcc toolchain installed, all that is required is:

Plug in a Snow Flake and flash the chip:

For now with one Snow Flake, I’ve simply wired a 2xAAA battery pack to the VCC and GND with some “invivible” 30AWG. When I have a few more Snow Flakes I’ll have to figure out a better arrangement for power and data communications.

How much power does a Snow Flake use? @LuckResistor estimates around 18mA, so approximately 100 hours running time with 2 x 900mAh.

My first Snow Flake was deployed to test the theory. Powered by 2 “almost new” Panasonic Evolta LR03EG AAA batteries, it ran continuously for 125 hours. The batteries were providing 2.35V (in circuit) at this point.

This Snow Flake just won’t quit! I finally pulled the plug before it died completely, as it was getting ridicuously dim. Here’s what it looked like: 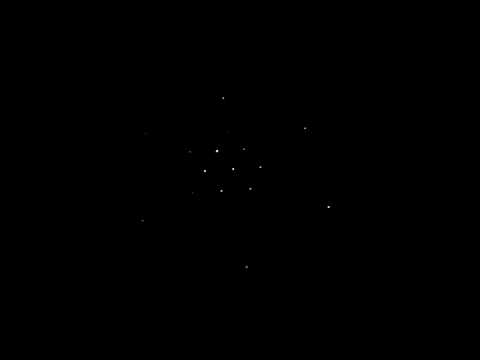 I used four Snow Flake to make a little decoration for my Fretboard CI build status indicator. Just a little hack to give it some xmas cheer;-)

I mounted the four snowflakes from an improvised bit of wire art. The copper wire carries 3.3V and additional wire (just 30AWG) is ground. I didn’t wire up the data lines because I thought it would make the wiring too prominent, and synchronisation is not important.

I haven’t really been able to capture the full effect in a photo. IRL it is much more impressive and glittery: