Building a logic probe with audio and LED feedback, based on a design from Elektor magazine January/February 2015. 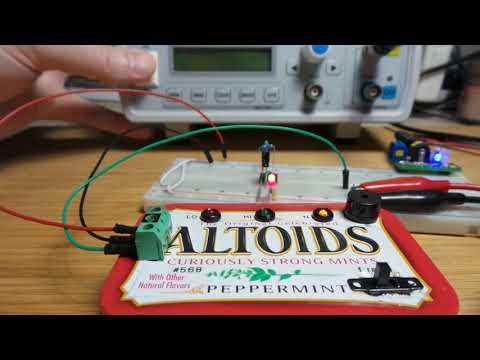 I’ve made a few modifications to the original Elektor circuit:

See the Elektor article for a full description. The essentials:

First with a breadboard test:

A quick test with a function generator on the breadboard: 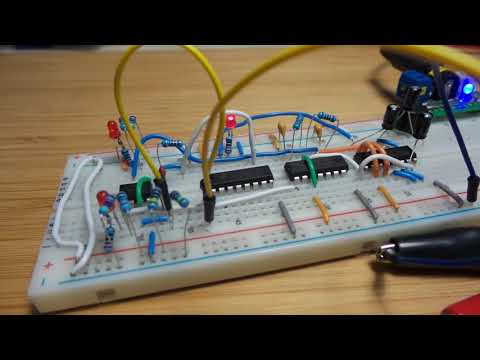 I transferred the circuit to a piece of protoboard using the following layout and then stuck it in an Altoids can..

In the following demo, I’m probing a simple 555 astable oscillator, and then monitoring the output of a function generator all the way up to 24MHz