Playing with a Tesla coil circuit that also acts as an audio speaker with pulsing LED effects. 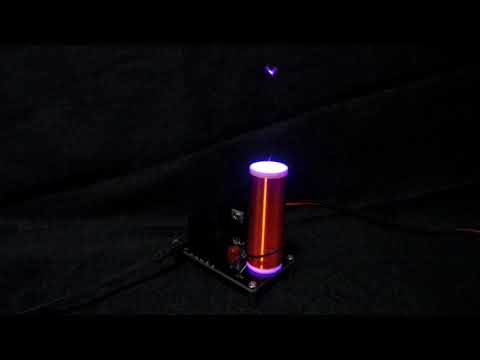 The “Mini Music Tesla Coil Plasma Speaker” is a pretty popular kit, widely available on ebay or for example here on aliexpress. I was encouraged to pop one in my cart (USD6.29 at the time) after seeing the build video by NFM: 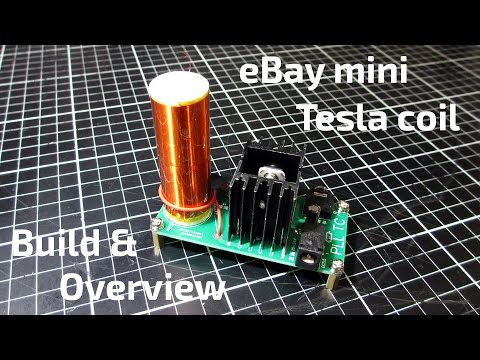 The kit may or not come with a schematic (mine didn’t), but it is not needed for construction - only understanding!

The circuit is based on what is commonly known as a “slayer exciter” version of a Tesla transformer. The slayer exciter circuit uses feedback from the secondary coil to produce a self-governing oscillation.

This version of the circuit makes some clever additions:

The essence of the circuit is the “slayer exciter” self-governing oscillation:

The scope trace below shows these the operation with VCC=14V and no audio input, with channels connected to J1, J2, J3 (see schematic).

Note the frequency: 3.9 MHz, just a bit above the 80m amateur radio band. This is a few components away from being a morse/CW transmitter;-)

Some measurements of actual power consumption at different voltages:

It can even be used as a basic nixie tube tester!