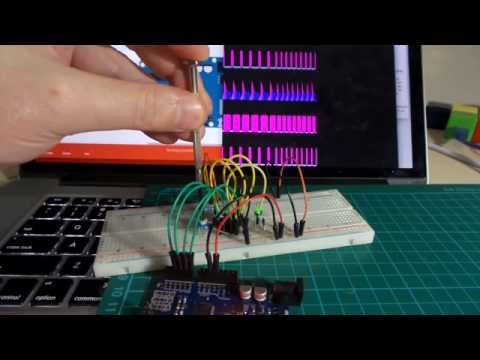 This circuit demonstrates a free-running oscillator based on two NOR gates - using 2/4 of a 74LS02. I got the idea from Beginning Digital Electronics Through Projects which features a NOR gate metronome. The circuit needed a few tweaks to get running with a different NOR IC and supply voltage.

It’s quite an interesting circuit, as you wouldn’t necessarily think that two NOR gates could form a reliable oscillator.

The basic operating principle (as far as I understand it so far):

The Arduino is not really a core part of the circuit. It only does the following:

Here’s a sample trace recorded using the PlotNValues sketch. It has four traces, from top to bottom: