Here’s quick demo to show it in action: 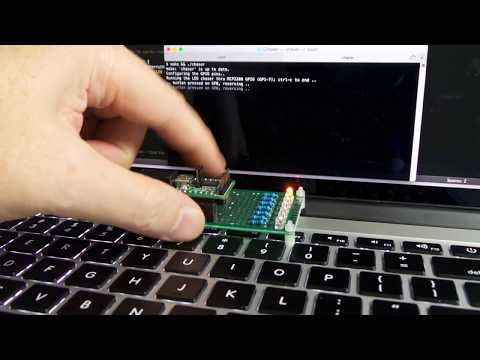 The MCP2200 has 8 GPIO pins that can be used for digital input and output. Four of the pins have alternative functions which may render them unavailable.

But GPIO on a USB to UART chip?? Perhaps a few reasons:

The I/O pins actually have decent current handling capabilities, from the datasheet:

To test the I/O capabilities, I decided on a simple chaser that employs all 8 GPIO pins:

Since there is no interrupt capability for input pins (that I’ve discovered), the script polls the input every cycle.

I’m running this on MacOSX, but it should work on any *nix-y O/S. Not sure about Windows.

The usual make & run. Here’s how it appears in the console:

I tried this first on a breadboard

Here’s a quick demo on the breadboard: 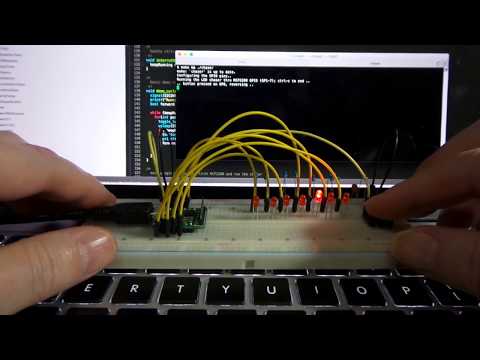 For no particular reason, I decided to put the circuit on a bit of protoboard, with pin headers to accommodate the MCP2200 DevKit. Here’s a sketch of the layout I used:

And here’s the final module