My home has fluorescent lighting fixtures circa the late 1990s. The ballasts are starting to fail, and so I am gradually replacing the units with higher efficiency LED alternatives.

Mostly I have circular ceiling units that are the problem. These use the preheating/switchstart system involving:

In fluorescent lighting, an electric current excites low-pressure mercury vapor, producing short-wave ultraviolet light that causes a phosphor coating on the inside of the lamp to fluoresce.

The noble gas used in the tube (commonly argon) must be ionized before the arc can strike. Larger tubes require higher voltages for this (up to thousands of volts).

The starter is a very basic switching oscillator that can generate the required voltages in the ballast - in essence we have the basics of a switching boost converter. Once the arc has struck, the starter is bypassed and stops.

When in operation, the ballast acts as a governor for the tube, preventing the current draw from running away and blowing itself up.

“EXPLAINED : Working of tubelight” by brain amplifier provides a very good explanation of the internals of this kind of system: 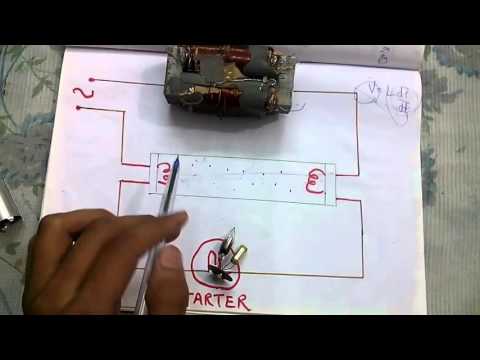 I found a 15W LED Ring PANEL Circle Light AC220V - 240V SMD 5730 LED Round Ceiling from a seller on aliexpress. These turned out to be a perfect replacement for the 30cm fluorescent rings with a diffuser cover.

Note: there are some LED ring units that connect directly to mains and do not need a separate driver unit (the driver is built-in to the LED board), such as the

The LED driver is a simple switching converter

The driver follows a standard circuit recommended for the WS3441 high precision buck constant current LED driver. This is my re-drawing of the actual circuit:

It uses an MB10 full bridge rectifier on the input.

The LED ring fits quite nicely in the same dome housing as the original 30cm circular fluorescent tube.