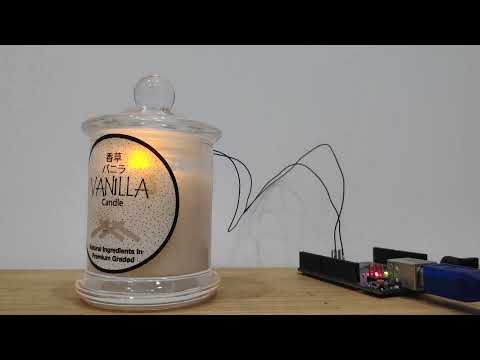 LEDs and candle lights that appear to flicker like real candles have become quite mainstream. There are many imitation candle products available, and some even with wireless control.

This all seems to have been enabled by low-cost microcontrollers with a smart flicker emulator embedded into LED package itself:

Why a microcontroller? Well it turns out that emulating a candle flicker is not so straight-forward. I just discovered a wonderful series of articles by “Tim” concerning LED candles:

In this little project I am simply exploring the emulator code that Tim released and adapting it for Arduino.

Randomly selected pin 11 on the Arduino for the LED. The code implements a pulse-width modulation (PWM) algorithm but just uses a GPIO pin to drive the LED (so does not need a pin with hardware PWM).