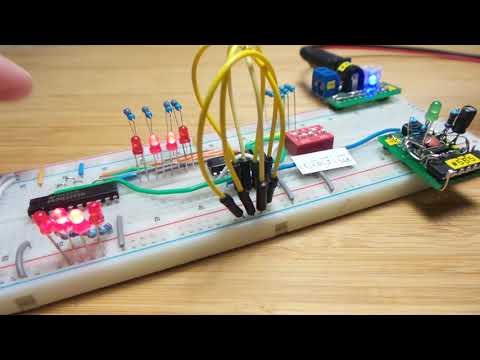 This is a test of a 4-bit synchronous counter design as used by Ben Eater as the program counter for his 8-bit computer.

It is not useful on its own, but it does nicely demonstrate how a full-featured counter could be implemented in digital logic using two core chips:

The specific features it demontrates:

These are all the controls needed to implement a 4-bit address program counter.

In the basic basic circuit:

For the actual build on the breadboard, I extended the circuit to make it manually testable: