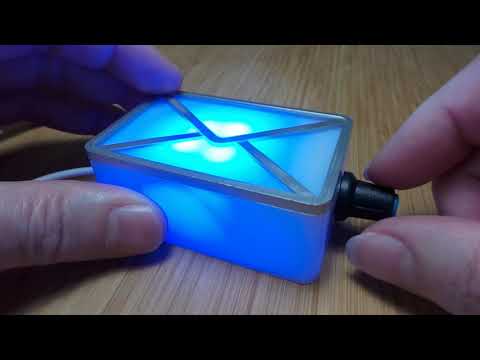 This is a quick demonstrator for the LEAP#563 Dual Variable Mode Oscillator just for fun.

I’m using the shell of an old USB Webmail Notifier device for mounting the circuit.

It is curiously hypnotic to play with:

Putting it in the shell

I opted for a freeform construction of the circuit rather than squeeze a PCB into the box. Only the power lines of the USB connector are used.