Figuring out how to use the CK9561 music chip with 4 sound effects - alarm/siren/weapon sounds that sound strangely familiar if you have ever walked through a toy department at Christmas! 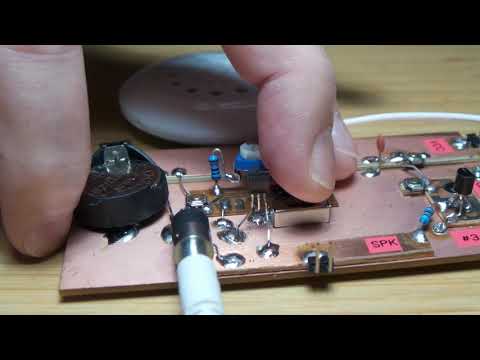 The CK9561 is the latest in a series of music effects chips I’ve been testing. The CK9561 is sometimes labelled KD9561 of XK9561 - I presume these are just different manufacturer’s names for boards based on the same chip.

The module,with pins attached for testing on a breadboard:

The chip requires just a few external components to operate:

I also added the chip to one of my “audio effects” copper-clad test boards. I’ve added a few components: