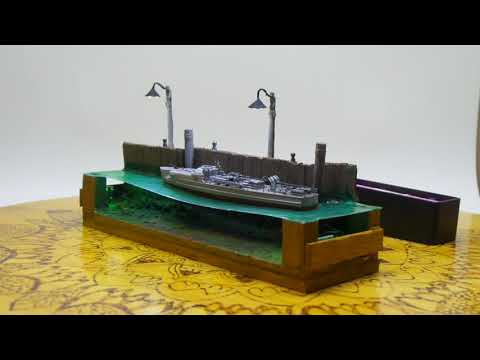 I picked up the Bronco NB5004 1/350 German S-100 Class Schnellboot from an aliexpress seller as pretty much a cheap impulse buy.

I turned out to be a lovely kit - even at 1:350, it is quite detailed, with a nice set of photoetch included.

The basic build is quite straight-forward, with the only fiddly bit being the photo-etch.

The diorama base is imaginary dock scene. I was mainly interested in trying the idea of a split waterline display. It came together in a failrly ad-hoc manner, and I suspect my scale might be a bit off!

Testing the oscillators on a breadboard: