Building the beautiful Arma Hobby 1:72 PZL TS-11 Iskra. No electronics in this one, just enjoying the build.

The PZL TS-11 Iskra was the first jet aircraft developed in Poland. It was used as a trainer by the Polish Air Force for over 50 years.

The cockpit detail is particularly impressive for this scale, as I saw in Big Modeller’s build video: 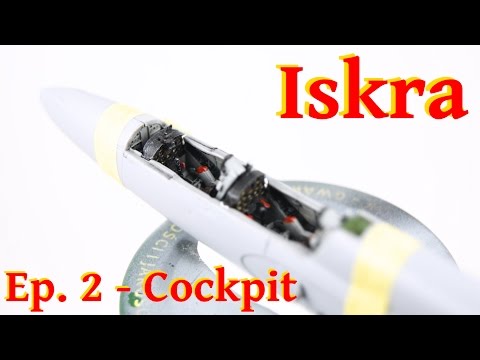 There are 4 schemes in the kit, I chose to go with the unusual and lovely camo colours of 3H-2013

Found an actual photo in the hyperscale review:

TFW after a few hours of fiddling with PE I realize I’ve only got to “Step #2”.

The cockpit detail in impressive, especially for this scale.

Test fitting.. Blown away by the detail - this is “out of the box”, Arma-style.

Primed and ready for painting.

There’s just enough room in the nose for 5g of ballast. Turned out to be more than enough - this is definitely no longer a tail-sitter.

Ready for the spray booth.

I decided to try masking using silicon therapy putty (Spencer Pollard’s influence). Worked great, though starts to flow after a while in our weather.

Finally back to lay down a most interesting camo scheme on the Arma Hobby 1:72 PZL TS-11 Iskra. Lovely little jet trainer.