Practicing finishing techniques on the Airfix 1:72 Sherman Firefly, then animating the turret with some ATtiny85 magic. 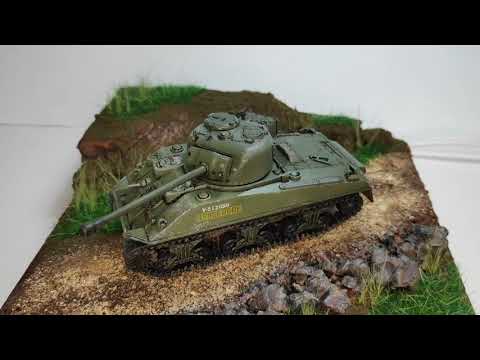 I started the kit as a quick build to practice some weathering techniques (it is great for that) but then .. scope creep: animate the turret!

The Sherman Firefly Vc Airfix | No. A02341 | 1:72 is a nice little weekender - can be built in a few hours (depending on options chosen) and then spend as long as one likes finishing it;-)

I’m going to base the finish around scheme A from the kit - but without the unconfirmed black camo pattern. I’ll be using this kit as a “finishing techniques” test subject, so everything after the initial base coat will start to go its own way!

I am using Uncle Night Shift build series on the Char B1 bis as a perfect tutorial for the techniques I’ll be trying/learning here.

I kept the build as simple as possible and went with the pre-molded tracks instead of the link-and-length option also included in the kit. This saves alot of time in the build - interested to see if they hold up to final scrutiny.

Primed in black so I don’t need to worry too much about unpainted nooks and crannies.

ready for next round of effects - some oils, dust and chipping

Time for some Animation!

The weathering is going well, but now I’m thinking: how about an animated turret?

To be packed inside the body, with only a 5V power supply (through the bottom of the hull):

Testing the circuit on a breadboard:

The ATtniy85 is configured to run at 8MHz, and programmed with the Firefly sketch. The sketch:

After confirming the circuit on a breadboard, I transfered to a small piece of protoboard:

And inserted into the hull. the power connection is provided by two pins that poke through the bottom of the hull. Since the circuit runs fine on 5V, I’m using a USB adapter for power over USB cable.

Here’s an initial demo, before building a base.. 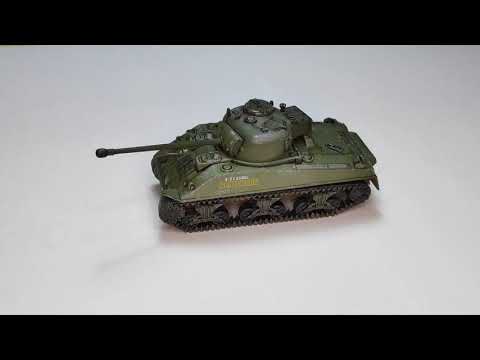 Laying down the basics on an old ceramic tile. Power connector pin built-in, with USB micro connector at the rear of the hillock:

Finished? I could do with some more foliage but coming up short on materials at the moment.